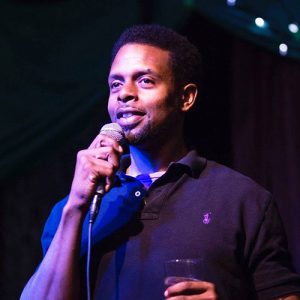 Dick Black will sell you on how great he is!

Today’s guest is an expert on hard negotiations, pushing units and closing deals. Schooling Noah w/Aaron Maslow and a Special Guest is happy to have sales expert, Dick Black, in the SexPot Comedy Studios. Dick is a closer. He sells sea shells and wheel wells and then tells how you, too, if you choose to, can do it if you want to. Dick spent many years doing door-to-door, inside, outside, MLM and B2B sales. He shares some of his experiences with Noah and Aaron and demonstrates the power of a good salesman.

If you are sick of taking “no” for an answer and want to learn the art of the deal, then this is the podcast episode for you. Dick explains what it’s like to beat down doors and get that cash! It’s hard for Noah to grasp at first because he gets everything that he’s ever wanted. But what does he do when his allowance runs out? Does he go begging to daddy? It’s hard to say. What isn’t hard to say is that this episode is fun and enlightening and entertaining. You will get out what you put in. What does that mean? We are so glad you tuned in and we know you’re going to buy what Dick is selling. Also, we do some news updates from a month ago. Good stuff.

Dick Black is running for mayor. Not really. He is, however, a comedian and he’s running a show at The Living Room, South Broadway in Denver. This will be Thursdays until it’s not. Additionally, Dick hosts some of the best karaoke this side of the Mississip. Check him out every Friday and Saturday at El Charrito (A 5-star Dive Bar!) in LoDo. “What’s Going On,” “Bohemian Rhapsody,” etc. Just some of the songs he hates.

Follow him on Facebook.com/Dick.Black or at this boxing event versus Vic G…Punchline Comedy Boxing